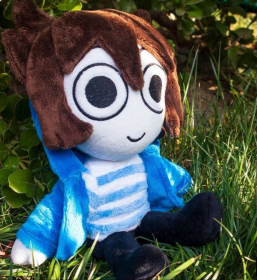 remember that on the manhunt 2 website before it was closed or that I was inaccessible there were the test subjects that option located next to the sessions made to Lamb Daniel and Kasper Leo, a kind of project experiments prior to the pickman bridge
I wanted to make a small forum to transcribe these documents since an existing forum that belonged to project manhunt does not have all of them and it is not possible to publish in them
there the why of this forum

remember that on the manhunt 2 website before it was closed or that I was inaccessible there were the test subjects that option located next to the sessions made to Lamb Daniel and Kasper Leo, a kind of project experiments prior to the pickman bridge
I wanted to make a small forum to transcribe these documents since an existing forum that belonged to project manhunt does not have all of them and it is not possible to publish in them
there the why of this forum

Thanks a lot for this, it was informative. Could i know where you got it from? I guess you saved it somehow from the dead site?. 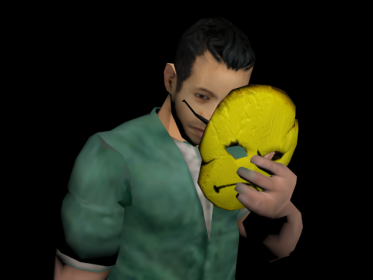 u can find all reports in our image collection https://photos.google.com/share/AF1QipNcqMKEEj85boA3C3GUkDTxbN8VwqoBLKTEeqWfF2QmDSRYRmYUlUSjbK2AmAYAGQ?key=N3RWbDJOODhYVFdFYW9ibVNtc1BKWTk3djdFVEhR

also have a look here

happy reading ;) We would love to see you all in our Discord, there is much more activity and Manhunt stuff :) (Main menu CHAT button!)

Oh, that's wonderful, i appreciate this data very much!!!! Cheers. 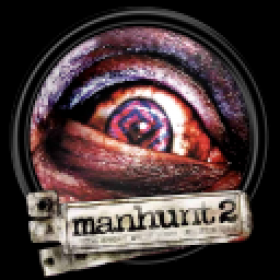 rockstar vienna was a better version then rock star london. 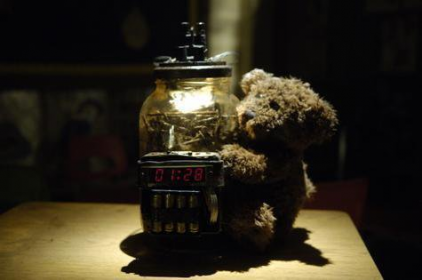 A research project into biochemical means of encouraging cooperation from prisoners of war and terrorist suspects to allow successful interrogation and debriefing. Preparatory brief received specified that an intense dissociative and deleriant experience should be delivered that lasted for at least a week. One experimental compound, BZH-811 reached the final phase of testing, which was based on the polymerization of a combination of hyoscine, phencyclidine and alkaloids extracted from ayahuasca (a traditional Incan shamanic drug).

In non-human primate testing, BZH-811 caused venodilation, pupil dilation, increased heart rate and increased frontal lobe activity that lasted for between 5 and 9 days depending on dose. Obviously the psychotropic dissociative and deleriant effects cannot be measured in animals, so the trials proceeded to primary human testing.

A student volunteer was recruited under the pretext of testing FDA approved hallucinogenic controlled substances. He professed to have substantial experience with recreational use of hallucinogens (Ref. PID Form #3456AL).

The subject was interred in a sealed ward at Dixmor and allowed a day and night to allow him to habituate to his surroundings before the dose was administered. One doctor and one orderly were to be on watch at all times throughout the course of the experiment. They were briefed to be unobtrusive yet talkative and to offer any assistance the subject requested. It was important to try and keep the subject talking throughout to better gauge the effects of the compound.

00:30 Subject began to report waves of visual sensation and euphoria. When asked to describe what he was experiencing in more detail, he expressed that the experience was pleasurable. The visual hallucinations were concurrent with over stimulation of dopamine receptors as witnessed from neuro-imaging during non-human primate trials of BZH-811.

01:30 Subject appeared to have lost ego integrity and was unable to recall his own name. Time and space appeared to be alien concepts to him, effects often reported in recreational users of ayahuasca. He began to react to imagined external stimuli, such as ducking suddenly for no reason and dancing to imagined music. He was clearly having a positive experience and made repeated attempts to get the staff to join him in consuming the compound.

03:15 After almost 2 hours of a positive frame of mind, the subject suddenly stopped moving and expressed paranoid delusions of persecution, which he then forgot almost instantly. The psychotomimetic effects and memory disfunction are symptoms often associated with inhibition of NMDA receptors, a common effect of ingesting phencyclidine.

04:00 Further bouts of negative feelings are expressed with increasing frequency. The subject has started to become less responsive to unobtrusive questioning and all movement ceases during these negative phases.

04:30 Subject expressed the desire to stop the experience. Staff informed the subject that this was not possible and the subject became agitated and threatened staff with physical violence. Staff attempted to pacify the subject until he eventually returned to a euphoric state.

05:00 Bouts of negativity persist, but the subject is generally positive. Some level of mental regression appears to have taken place, with the subject using childish turns of phrase and referring to a staff member as "pop". Subject has lost control of his bowels.

6:45 After a prolonged bout of negativity, the subject jumped to his feet and smashed his head onto a window sill. Staff forcibly restrained the subject, returned him to a chair and remained in close proximity. When questioned as to the sudden outburst, the subject had no recollection. He complained of a headache.

07:30 After a period of apparent calm introspection, the subject again made a sudden self-injury, this time by smashing his head against a wall. A severe laceration was made on the subject's forehead, resulting in profuse bleeding down subject's face. The subject screamed in anguish and claimed to have gone blind. The blood was cleaned from his eyes and the patient calmed down. Questioning revealed that the subject was stuck in some sort of sensory overload. Subject reported a loud repeating noise which he described as "like a thousand angry bees trying to force their way into my head through my ear" that was getting louder and louder. He was also able to smell burning flesh and this smell was also getting stronger.

07:40 As soon as questioning had finished, the subject used his own head to strike an orderly. The decision was taken to permanently restrain the subject for the safety of the staff.

08:30 Subject has eventually been restrained on a bed, but the restraint has had a bad effect on his state of mind. Subject continually screams at loud volume.

09:30 Subject has not yet ceased screaming at full volume. The decision has been taken to continue with the experiment despite the possible damage to his vocal cords.

10:00 High volume screaming continues. The subject has started to strain against the straps holding him down. Blood vessels appear to have burst on both side of his forehead. There is evidence of blood seepage in the middle ear; subject was determined to have burst his own eardrums with the noise of his screams.

10:15 Screaming continues and the subject has managed to strain against the supports with such force that there are cuts across his chest, arms and legs. Orderlies have been instructed to place the subject in a straight jacket and move him to a padded cell.

10:45 Subject has been installed in the padded cell. His screaming has not yet abated, but his voice is becoming increasingly hoarse and can now barely be heard outside the cell. Subject is moving slow around the walls of the cell.

11:15 The speed of the subject's movements around the cell have increased steadily to the point where he may be at risk of harming himself.

11:25 Subject has loosened the straps on the straight jacket somehow and has removed it. Arms flail at his sides as his continues to bounce off the walls. He apparently is attempting to scream, but no noise is coming out at all. His face is now almost completely red with burst blood vessels.

11:35 Subject has stopped moving and is lying motionless in the middle of the cell.

The subject appeared to have suffered an acute sensory overload. Tympanic membrane ruptured, presumably due to subject's own screams. Ventricular folds of the vocal cord suffered massive trauma and have been shredded, again presumably due to the persistent screaming. Blood vessels over the whole body including retinal blood vessels were found to have burst, colon has prolapsed. Arms had both been dislocated, explaining the subject's ability to remove the straightjacket. Skin on the upper body has been partially flayed off by friction within the straightjacket. Pulmonary and aortic valves in the heart eventually burst, causing a fatal cardiac arrest.