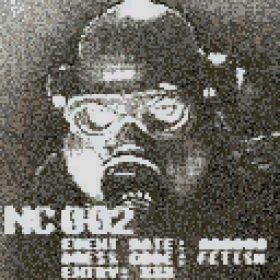 I want to raise this idea that is surely difficult to carry out but even so if someone wants to take it into account for a project I would be happy to help.
I've been playing Resident Evil Resistance a lot lately (yes, a dead game) and came up with the idea of a Manhunt Survivor.
I explain:
A game where 4 protagonists (for example) are kidnapped by Valiant and each hunter is another player
This could be most helpful for unused maps like Carcer Circus or even creating discarded ones like Museum or Sorority House.
As for the problem that there may be few players I suppose that the enemies could be replaced by bots
As for what to do to survive, it may be to find a key that a hunter has or a weapon to open a door.
The main players will have to use everything they know about both Manhunts to survive (which could also bring several new players here) while the hunters will have to set up ambushes to make the protagonists lose.
Let's talk about weapons:
Melee:
Obviously Manhunt has very repeated weapons (especially the first game) so he would opt for a good part to be green weapons, which would prevent the protagonists from taking advantage of passing the maps with only one weapon.
As for the red weapons, the ideal would be that (for example) the chainsaw has x amount of fuel and weapons such as the bat have a limited number of hits before it breaks
Firearms:
Considering Manhunt's variety of firearms I think a good nerf to not kill all the enemies in a single pass would be that they normally do not go beyond a 2-round magazine.
Weapons like tranquilizers should only have 1 bullet.
Shotguns and Desert Eagle should also have 1 or 2 bullets, they should not be marked anywhere
Alternative game modes:
So that surviving an abandoned city is not so repetitive, another ideal game mode could be to have to escort a character such as Kenneth, Rob or Danny's children.
If any protagonist dies, instead of going to a map view or following a specific player (something like cs) he will take the role of the character that the other players must protect
When a protagonist or hunter enters a shadow they would have to disappear both from the map and physically (otherwise the shadows would be useless) this would fix a bit the problem of the game's characteristic executions, otherwise everyone would have to play in first person mode
That is the idea of a Manhunt Survivor Online, surely this ends in nothingness itself, but if anyone is interested I would like to know your opinion.